Our association is really people’s:
it arose from below, at the initiative
of ordinary teachers,
and it exists thanks to them.
Vyacheslav Zhilin

Russian Orff-Schulwerk Association (ROSA) was founded in 1988 – in those times we had neither Internet nor mobile phones, even landline phones were not available to everyone. But the Soviet post worked well...

The first President of Orff Association Vyacheslav Zhilin received letters and answered them regularly, sent out membership cards, “Vestnik” magazine and methodical materials – it was just like a library! Our “Slava”, as he was known among Orff-communities around the world, guided the Orff Association worthily for 26 years, organizing seminars and spreading the ideas of Orff pedagogics. Low bow to him for it all! 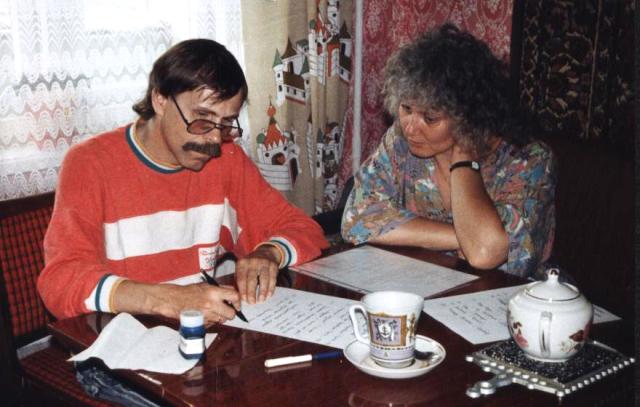 That's how it all began... Vyacheslav Zhilin (organizer) and Manuela Widmer (presenter). Village of Varna, 1992.

Nowadays everything is different: a “like” in a social network is enough to become a member of some community, even if you’re never going to visit it again. But Russian Orff-Schulwerk Association is “another genre”. It’s not a virtual but a real community, with membership cards and fees, a printed magazine “Vestnik” – one of the best magazines in the Orff world – known to our colleagues around the world thanks to summaries written in English.

Since 1990 the Associtaion participates in international symposiums, conferences and forums. 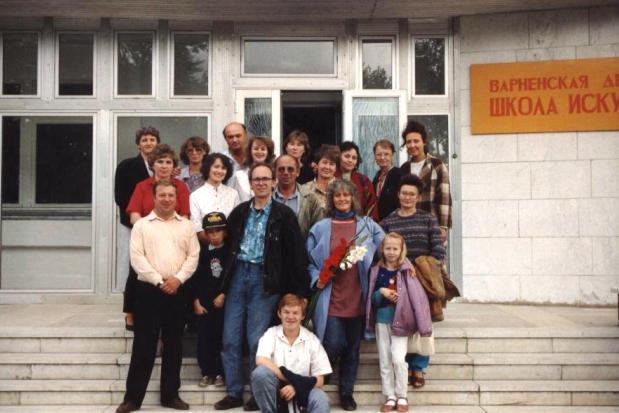 Manuela and Michael Widmer (in the center) with participants of the first international seminar in Varna, 1992.

In 1992 the first international seminar in Russia was organized in the village of Varna, in Ural. Later a whole series of seminars with foreign specialists invited were carried out with support by Lizelotta Orff, the chair of Carl Orff Foundation. By the time the first Level Course was organized in Moscow (2002-2006 years) we already had a vast experience of carrying out international seminars – with no governmental support at all! Currently, seminars on the Orff-pedagogy are held every month in different cities of Russia, both by leading Russian Orff-teachers and guest masters from abroad.

The members of the Association participated in all of the above events, they take part in many summer courses in Finland, USA, Germany, Czech Republic, Slovenia, Hungary.

Graduates of Orff-Institute
Several members of the Association have already got an education in Orff-Institut (Salzburg, Austria):

Important publications
It was Russian Orff-Schulwerk Association that helped the first volume of Carl Orff’s “Schulwerk” – a key work of Orff pedagogy – to be published in Russian, what couldn’t be achieved in Soviet times, despite the huge efforts of outstanding people.

The most important publication of 2013 – “Play, Sing and Dance!” by Doug Goudkin – was carried out with Vyacheslav Zhilin’s participation (scientific advice, lyrics translation).

A translators team led by Vyacheslav Zhilin prepared a Russian translation of “Texts on Theory and Practice of Orff-Schulwerk” for publishment.